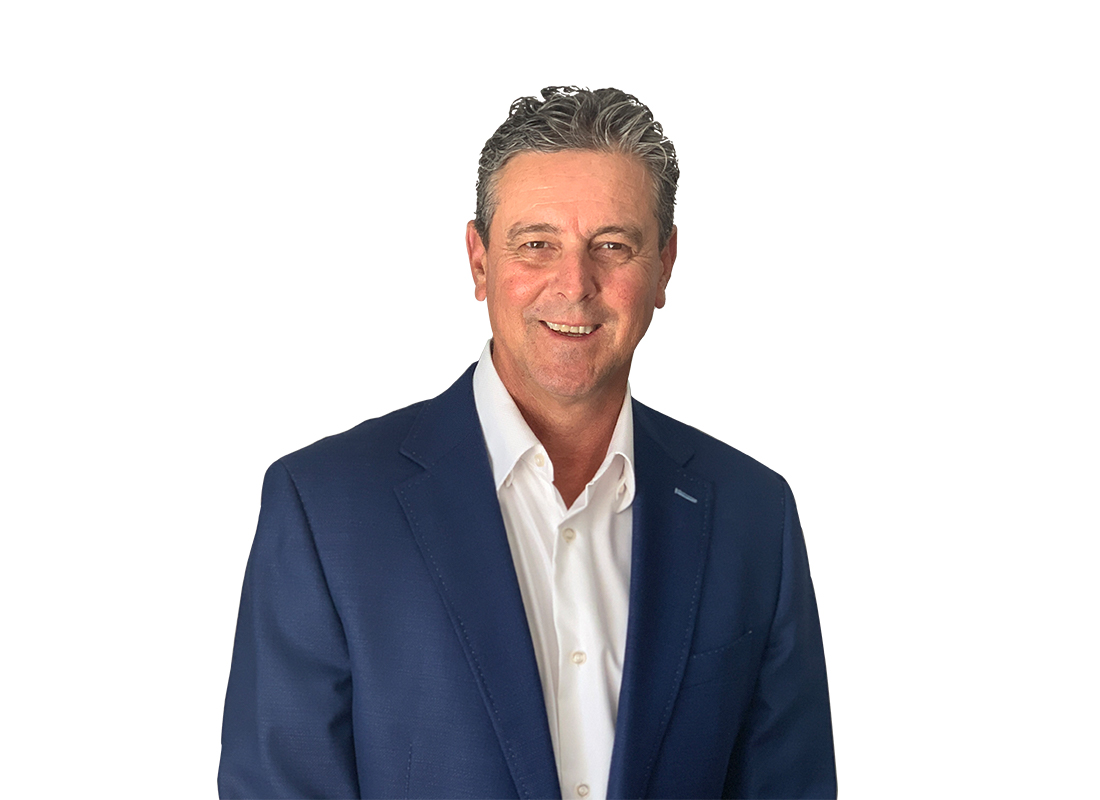 Jim Smith is president and co-founder of Solü Technology Partners. With more than 35 years of experience in the IT services and consulting industry, Jim leads all business operations and is responsible for the oversight of Solü’s offices in NY, AZ, OH, and PA. He most enjoys seeing employees grow personally and professionally as they celebrate five, ten, or twenty-year anniversaries, and is especially passionate about engaging with Solü’s future leaders. For Jim, it’s about providing a culture where people can thrive in a career they love! Outside of work, Jim enjoys spending time with his family at the lake boating, and relaxing. He’s an avid golfer, a collector of all types of sports memorabilia, and a member of the Softball Hall of Fame! 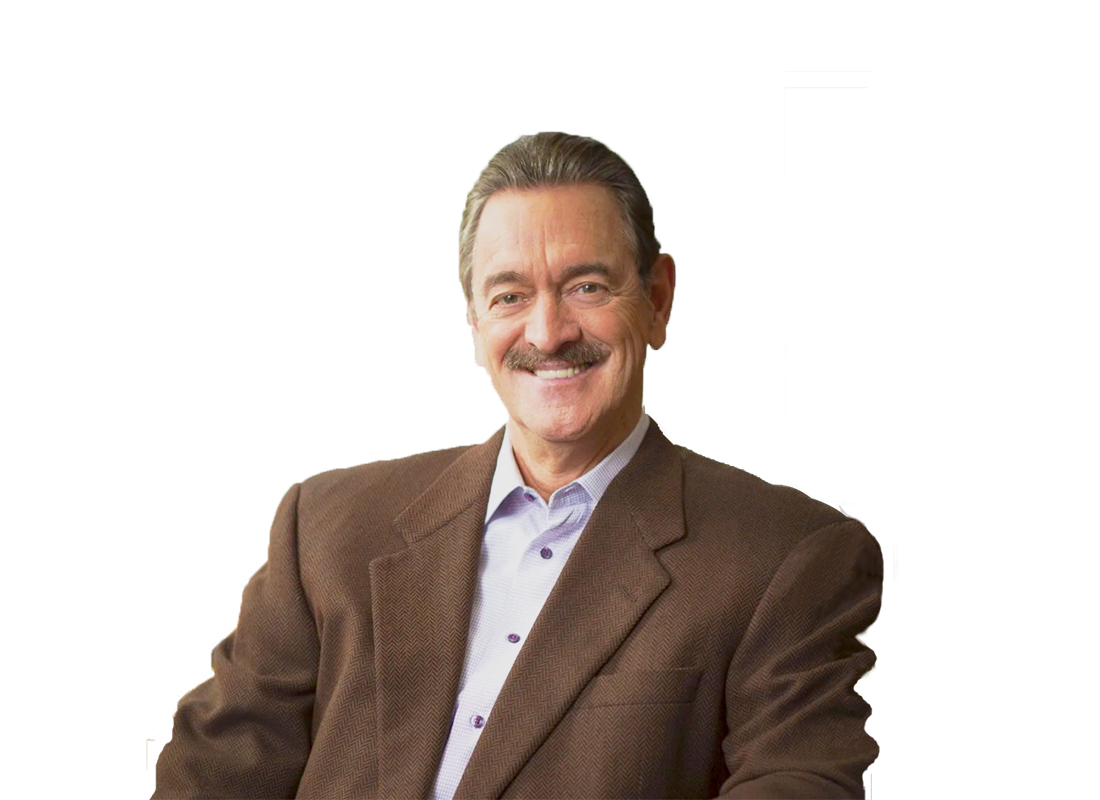 John Smith is the co-founder of Solü and has spent more than 50 years in the IT industry. Over his career, John has started, acquired, or partnered with 12 other businesses, including Solü Technology Partners, Brite Computers, CloudDOCX, and DealerDOCX. John’s entrepreneurial spirit, combined with his curiosity for information technology and family-first philosophy, is the winning formula that’s led to his success! He is passionate about giving back to his community – he has served on the boards of The Monroe Community College Foundation, Hillside Children’s Center, American Red Cross, Pittsford Little League, RIT Entrepreneurial Advisory Council, and the Rochester Rotary Club. John’s proudest accomplishment is his family – including his wife Joanne, sons Justin and Trevor, his daughter Courtney, and nine grandchildren. 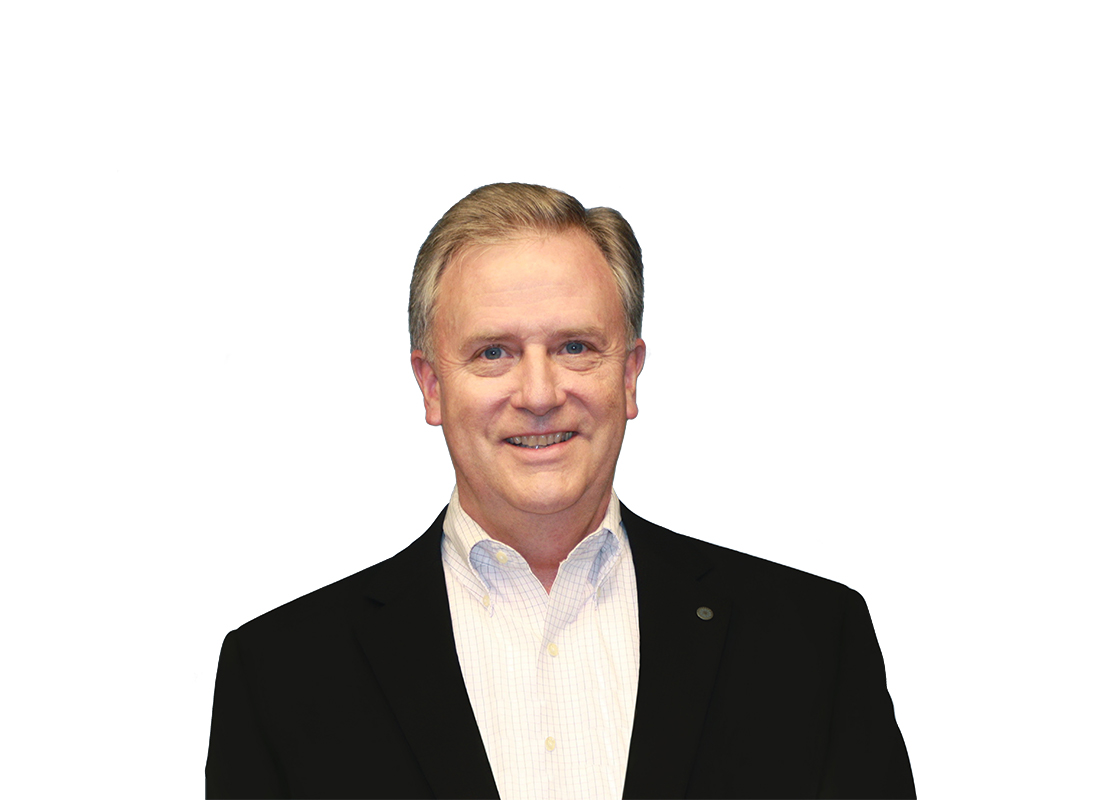 Since 2011, Jerry Jewell has been using his creative vision and excellent insight into company management to enhance operations as the chief operating officer of Solü Technology Partners. With significant leadership experience in the contingent labor and talent acquisition industry, Jerry was previously senior vice president at a global workforce solutions company, where he oversaw their strategic accounts group. He has also served as senior vice president of national sales and contracts at a global provider of IT business solutions, where he led the national sales organization, corporate contracts department, and national fulfillment center. Jerry is an avid Philadelphia Eagles fan and enjoys golfing. 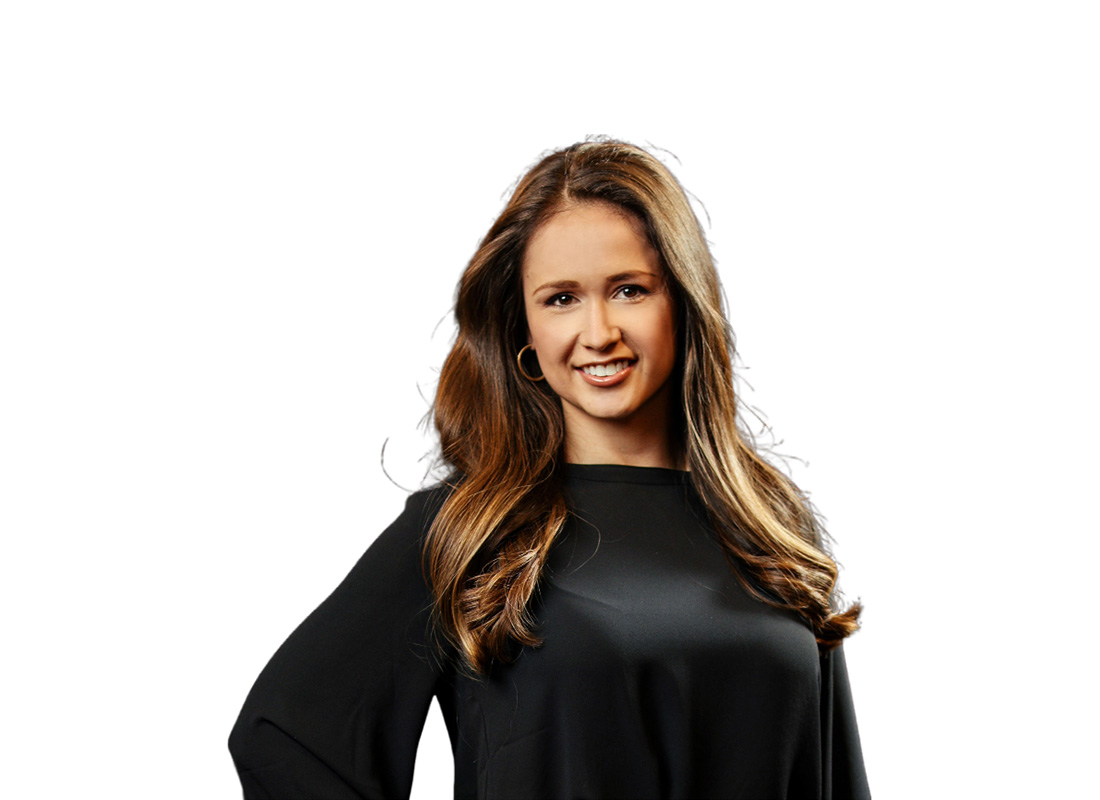 Morgan Wihlen, chief financial officer, is a public accounting professional who has a range of skills derived from her experience with assurance engagements, tax planning and compliance, outsourced accounting functions, and financial advisory services. She received her Certified Public Accountant (CPA) license in June 2021.

Morgan is on the Board of GiGi’s Playhouse Rochester, an organization supporting individuals with Down syndrome. She is an outdoor enthusiast and had the opportunity to sing the National Anthem at a Yankees game! 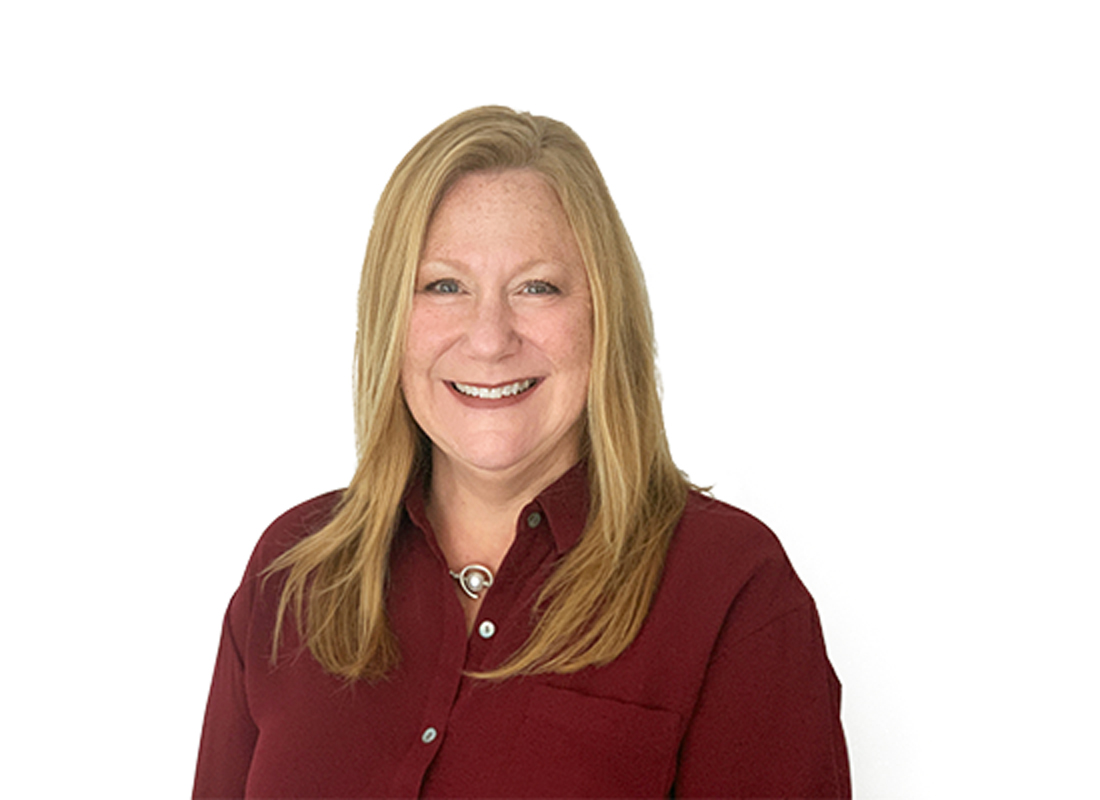 For more than 25 years, Senior Vice President of Marketing & Enterprise Accounts Lisa Morrow has been helping enterprise organizations identify, recruit, and retain top IT talent. By utilizing the deep professional network she’s built over the years, she works with customers to achieve their IT business objectives while also finding people a career where they can grow and thrive. Lisa has a relentless commitment to aligning candidate strengths and career aspirations with a client’s culture and business requirements. Lisa also oversees Solü’s marketing strategy and is passionate about building relationships, leading teams, and driving strategy with creative, out-of-the-box solutions. Outside of work, she enjoys spending time with her husband, daughter, three cats, and a dog, and boating with friends and family. 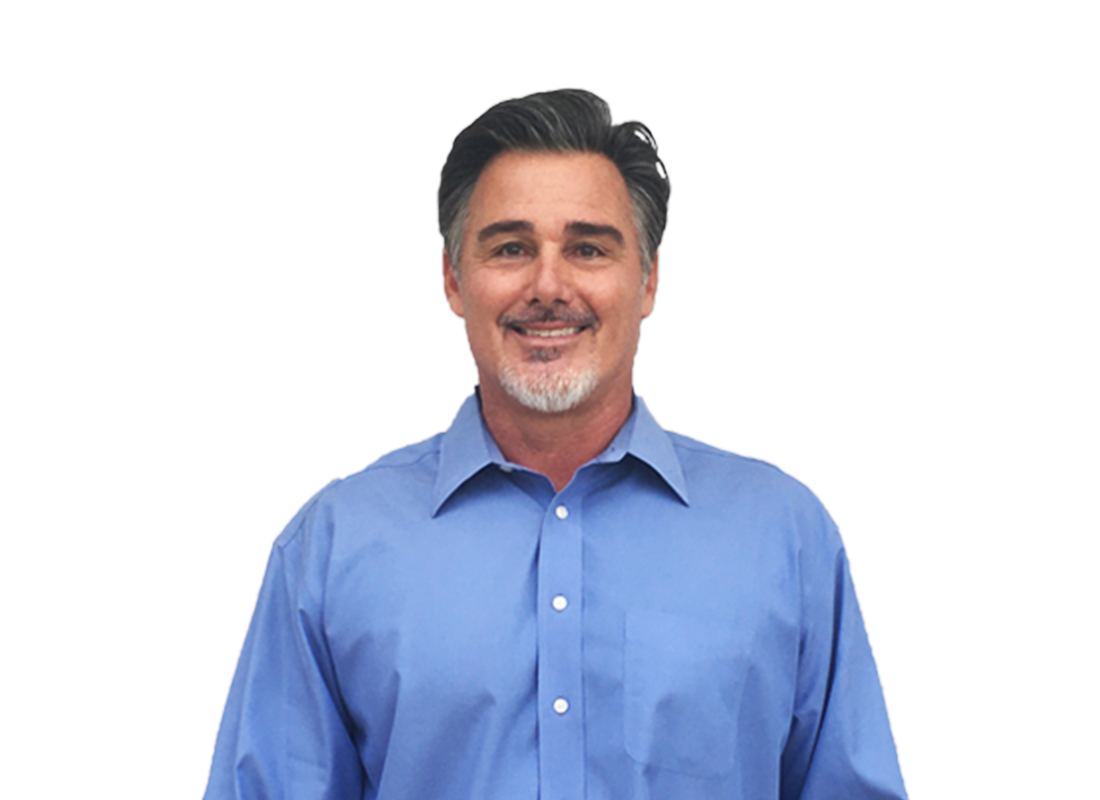 John O’Brien, senior vice president who works in Solü’s Phoenix office, has more than 30 years of experience in the IT staffing and professional services industry. He began his career as a Systems Engineer serving Fortune 500 companies. With expertise in business expansion and growth strategies, John helped grow an IT consulting firm from a startup to more than 400 consultants. He went on to serve as the founder of a software development company that specialized in VMS/ATS for IT staffing and resource management solutions. He was also the founder and managing partner of a technology staffing and solutions company. Outside of work you’ll find John spending time with family, golfing, and rooting for the Auburn Tigers. 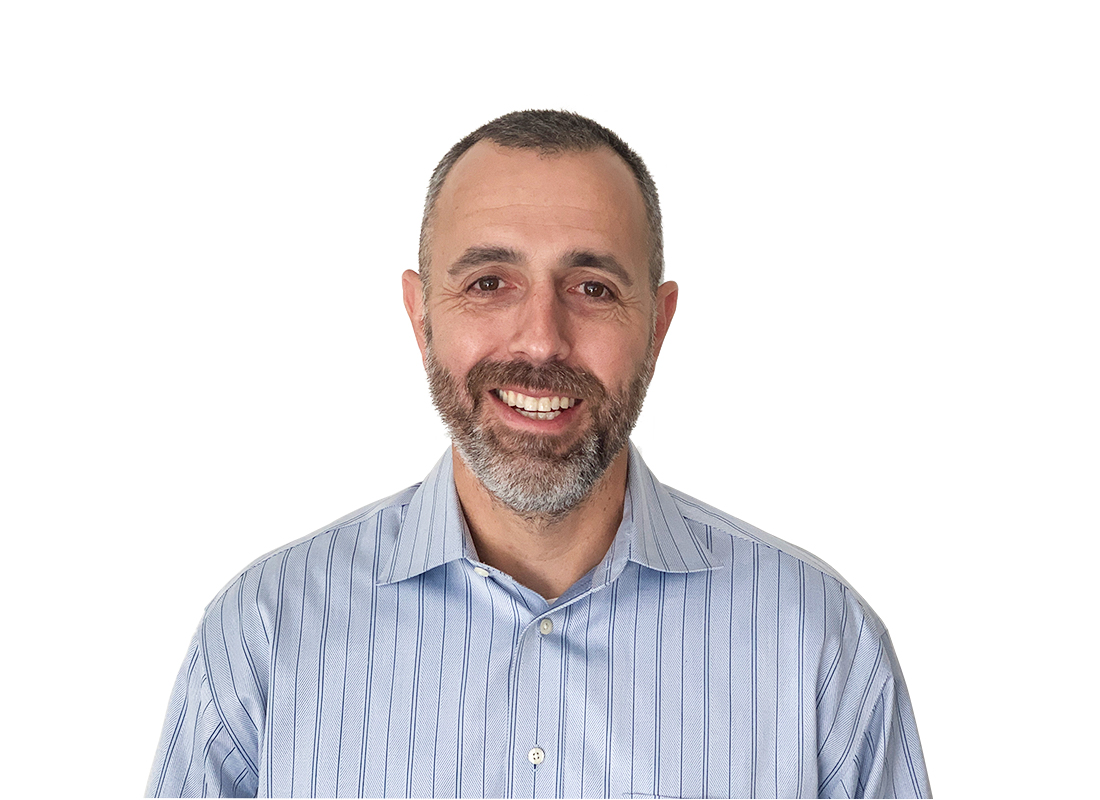 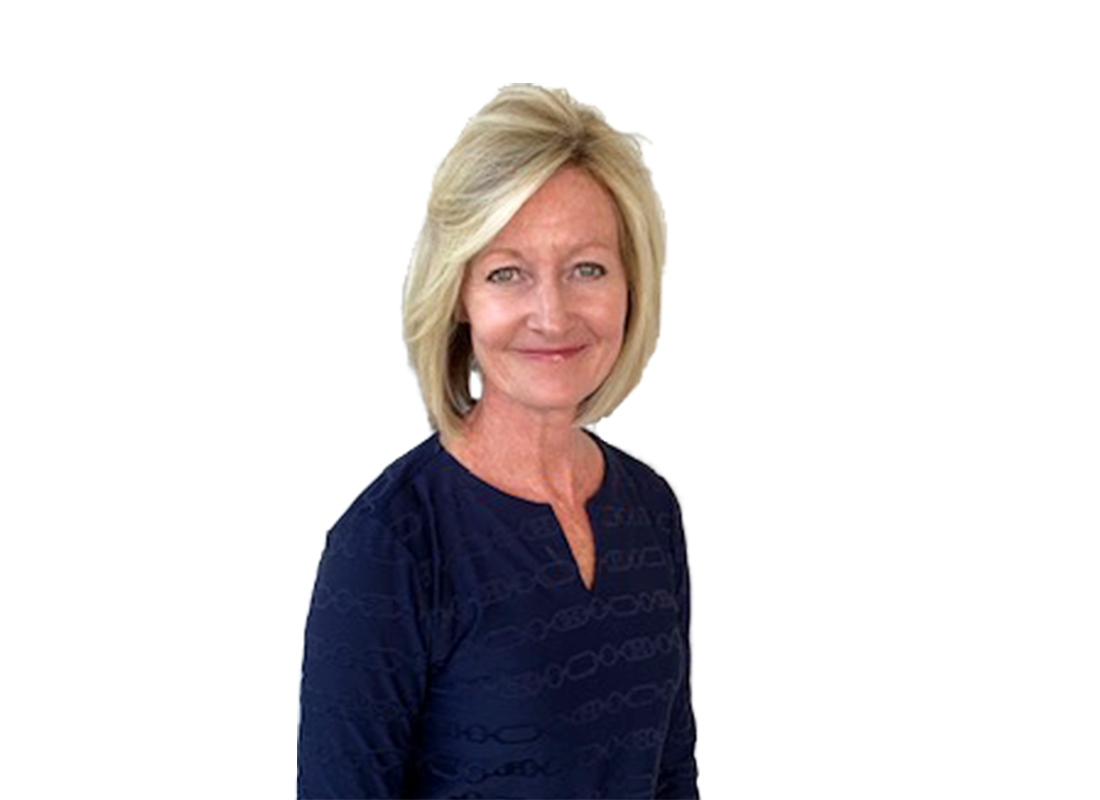 Vice President of Recruiting and HR

As Vice President of Recruiting and HR, Cathy’s expertise includes talent acquisition, benefits program administration, payroll, and compliance. The key to Cathy’s success over her 25-year career has been developing strong and meaningful relationships. Outside of work, you’ll find her spending time with her family and friends, traveling, playing golf, or a game of Euchre. 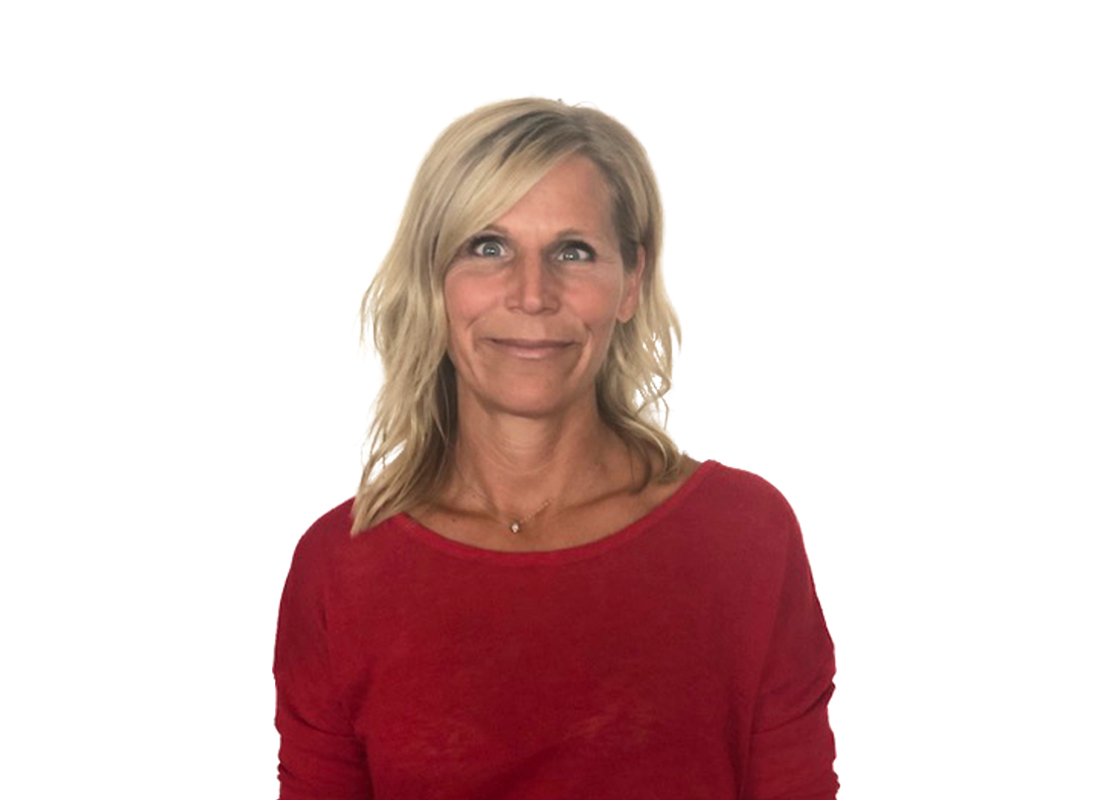 Michelle Clayton, vice president of national recruiting and RPO practices, has more than 20 years of human capital experience focused on IT consulting and recruitment process outsourcing. She started her career as an IT recruiter for a small boutique RPO firm and has gone on to manage recruiting teams and fully outsourced talent acquisition programs for entire organizations. Before Solü, Michelle worked as a delivery manager for a worldwide organization, where she was accountable for the programmatic outcomes of large talent acquisition outsourcing programs. In Michelle’s current role, she’s focused on providing clients with hiring solutions that accelerate and optimize their recruiting processes. 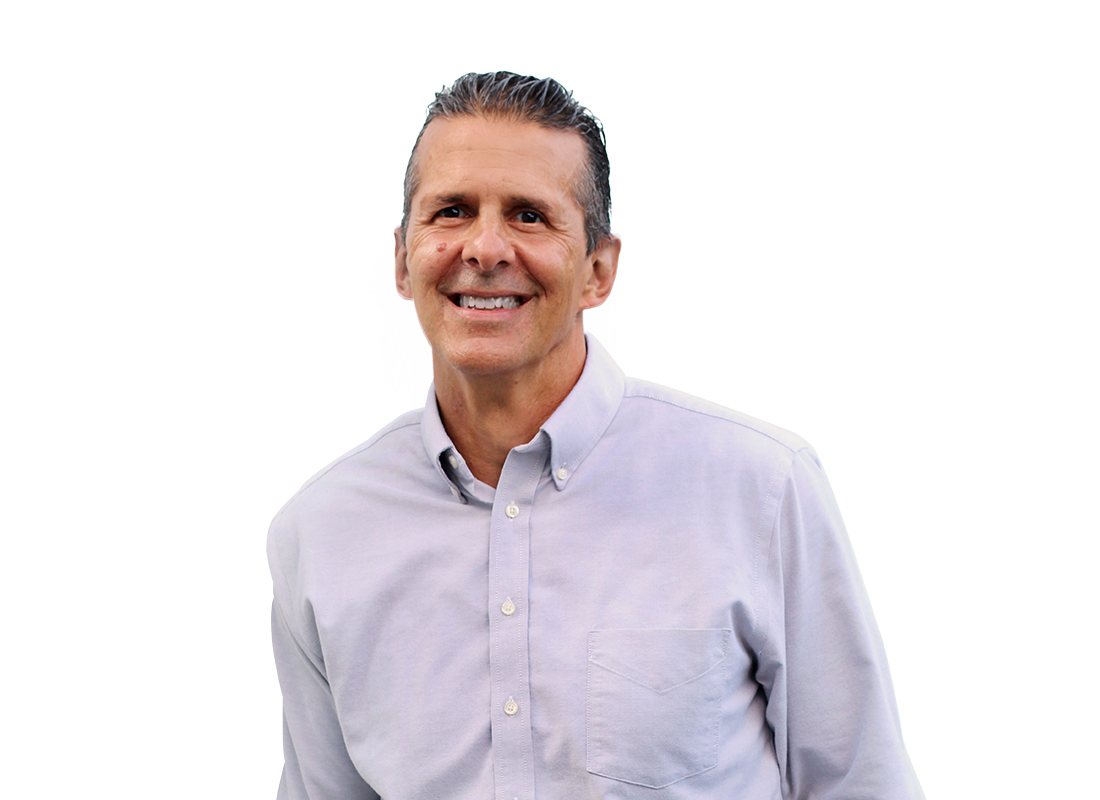 As Vice President of Strategic Accounts, Sam Arena has been in the IT services industry for more than 25 years and is committed to helping customers achieve their goals and developing long-lasting partnerships. During this time, Sam has successfully aligned Solü’s services and expertise with clients across the country. He’s proud that he’s worked with some of the same customers for more than 20 years – a testament to his dedication. Born and raised in Rochester, NY, Sam is blessed to be married to an incredible wife, Sandy, and together they have three amazing children, Alexis, Caleb, and Annaliese. 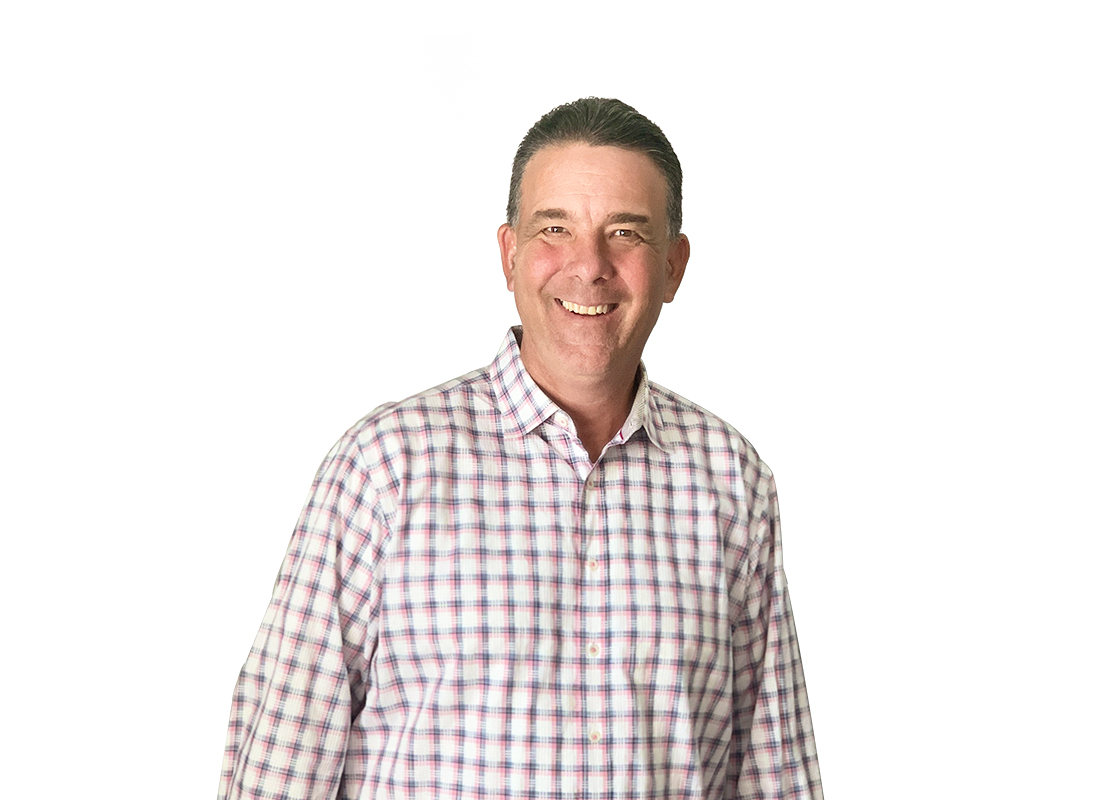 As Vice President of Strategic Accounts, Rich Smith brings more than 25 years of account management expertise in the IT consulting industry. Dedicated to service excellence and growing relationships, he has helped to position Solü as a trusted partner in the Western New York market. Over the past ten years, Rich has also overseen and supported managed service engagements in the areas of mainframe outsourcing, facets open enrollment configuration, and testing outsourced projects. Rich is a former professional baseball player in the Baltimore Orioles organization and has continued his passion for baseball by coaching at both the youth and high school levels in the Rochester area. 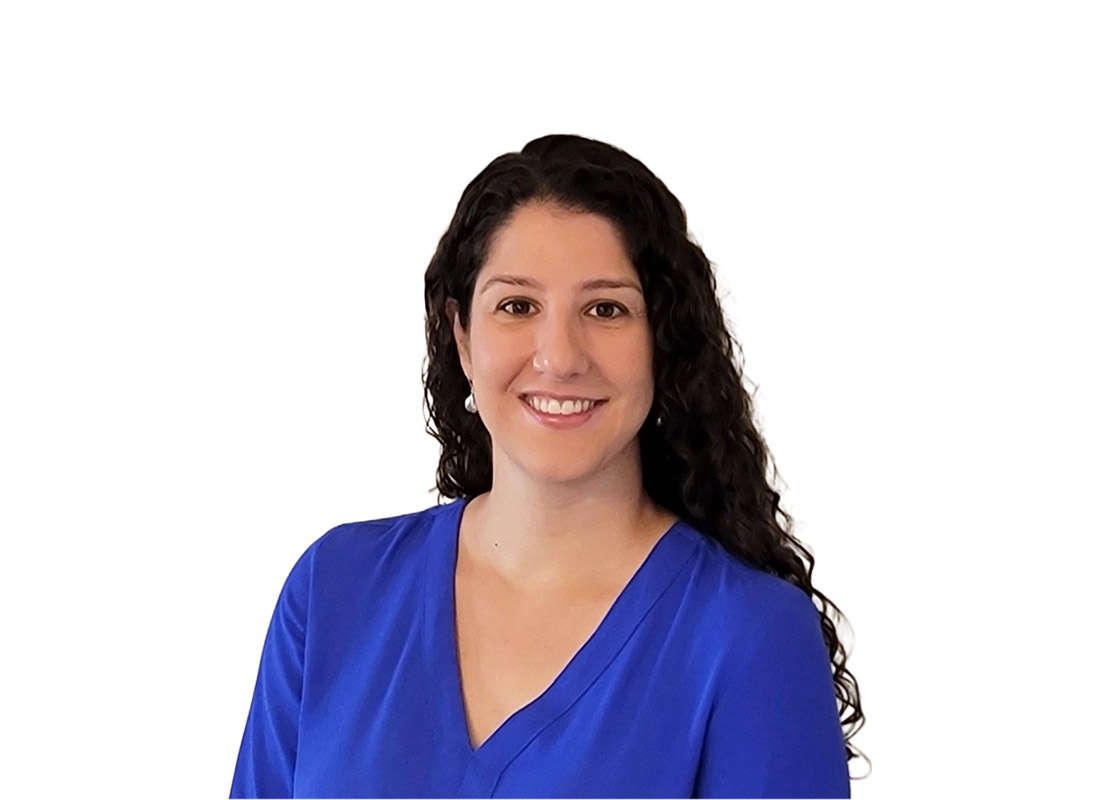 As the Director of Marketing, Taryn creates excitement around the Solü brand and ensures its values are at the core of all internal and external communications and marketing. Passionate about connecting people and sharing their stories and successes, Taryn enjoys spotlighting the benefits of working or partnering with Solü through the lens of employees and customers. She lives in Rochester, NY where she enjoys kayaking, hiking, and seeking out the best local ice cream. 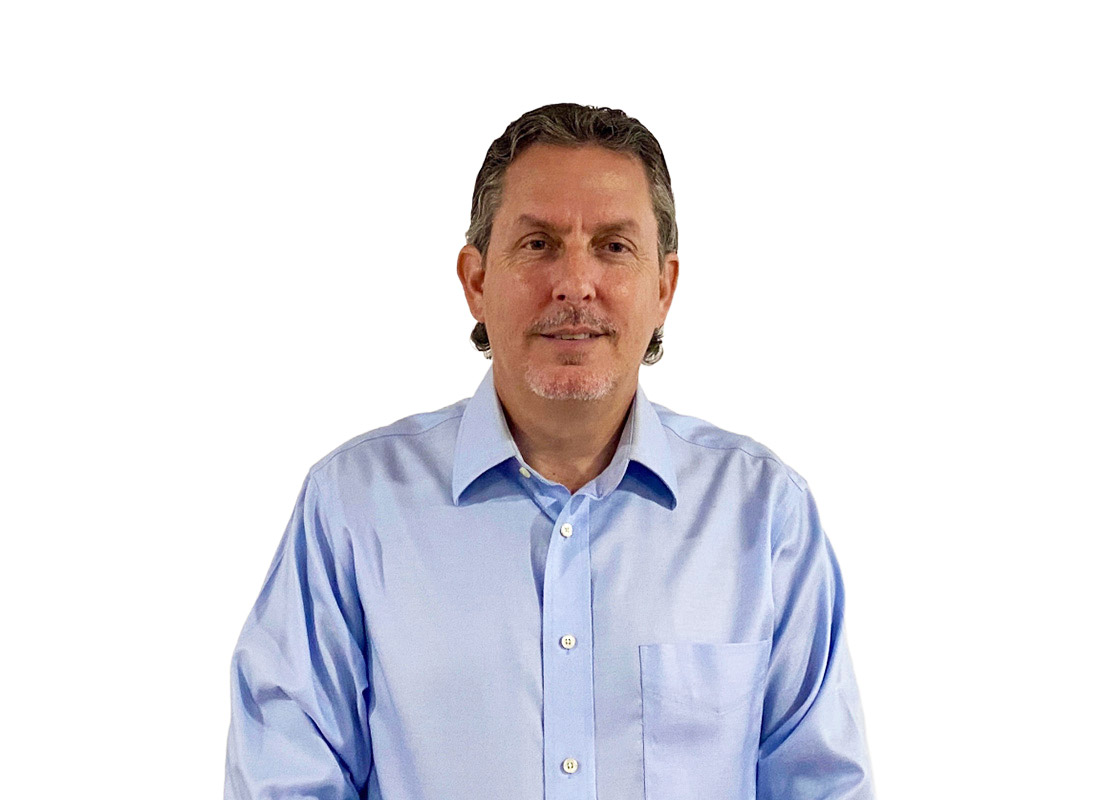 Brian Gross, managing director of the Mid-Atlantic region, has more than 20 years of experience as a technical recruiter and business development manager. He takes pride in connecting Solü’s clients with motivated, technical consultants and driving value to all parties. Outside of work, Brian enjoys fishing, watching football and hockey, and spending time at the beach. 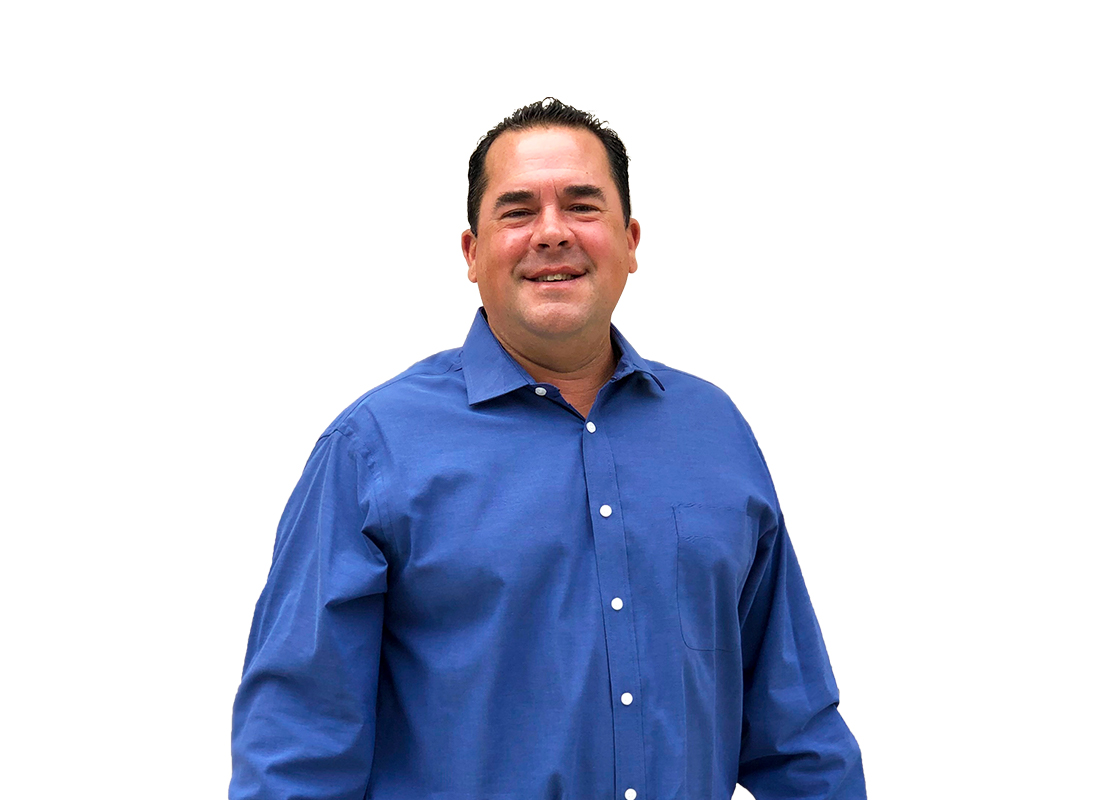 Michael Mancini, managing director of the Columbus Region, has been in the IT industry for more than 20 years and has deep experience managing successful teams. Over his 12+ years of IT recruiting, he’s built long-lasting relationships with his customers and prides himself on truly understanding their culture so he can find them the best talent. He loves nothing more than helping someone find a career where they can grow and succeed! Outside of work, you’ll find Michael cheering for the Ohio State Buckeyes, Cincinnati Reds and Bengals, golfing, or watching his youngest son play baseball.