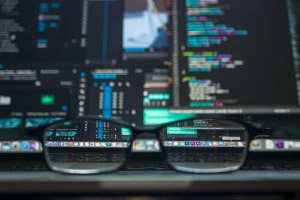 Written by Mackenzie Spencer, Marketing Specialist for Solü Technology Partners
Software and Web Development has become a crucial part of running any business. We have seen the need for an IT expert, whether on-staff or outsourced, skyrocket over the past few years. As the technology world takes leaps and bounds into the future, your business will fall behind if you are not adequately equipped for the changes ahead.

Top 10 programming, scripting and markup languages in 2018 according to Stack Overflow:

What does this tell us?

If you are in the programming or developing field, you will want to be aware of the direction in which this market is headed. JavaScript has stayed at the top of the list for the past several years as most used language; which implies most individuals in this field is already familiar with this language. However, Python continues to move up the ranks. This year the language received a usage rating of 38.8%, but that is up from 31.7% in 2017. Python also has out-ranked C# which has dropped from the fourth spot to eighth. According to Stack Overflow, Python has said to be the fastest-growing primary programming language.

How does this impact career opportunity?

Looking at the top 10 roles individuals are identifying as in 2018 according to Stack Overflow:

Understanding the trending jobs compared to the technology and knowledge behind them will help you know what languages you should be learning. This correlation will help you to achieve your desired career.

Another interesting correlation is, what languages tie to the highest paying jobs?

According to Stack Overflow, among the top 5 highest paying jobs Erlang, Scala, OCaml, Clojure, and Go languages are critical to know. Languages such as Python, JavaScript, C, Julia, and Ruby are associated with the lowest paying jobs.

So why are the most used languages at the bottom of this list?

As technology continues to grow and change, your education in this field is pertinent to staying at the forefront.

For more information on the programming/developer careers we offer, get in touch with us today!